Assault suspect takes own life after the law arrives 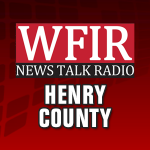 NEWS RELEASE:
On December 14, 2019, at 9:58 am the Martinsville/ Henry County 9-1-1 Center received a call in regards to an assault that had occurred at 3288 Green Hill Dr., Martinsville, VA.  Deputies from the Henry County Sheriff’s Office responded to the residence and spoke with the victim, Ashley Lynn Justus, 28, of 3288 Green Hill Dr.  Justus reported that her mother’s boyfriend, Michael T. Purdue, 43, of 966 Dyers Store Rd. was at her home.  Purdue became irate and began to assault Justus.

During the course of the assault Purdue brandished a firearm and struck her in the head with the gun, he then began to choke her.  Purdue threatened to commit suicide and fled the home in his vehicle but returned minutes later. Upon his return he did not enter the home and left a second time.

At 10:15 am deputies located Purdue’s vehicle at his residence, 966 Dyers Store Rd. Deputies attempted to make contact with Purdue but he refused to exit the home.  Investigators from the Sheriff’s Office obtained warrants on Purdue for abduction (felony), strangulation (felony), use of firearm during a felony (felony) and assault and battery (misdemeanor).

The remains will be transported to the Office of the Chief Medical Examiner for the Western District of Virginia (O.C.M.E) for an autopsy.   The cause and manner of death are pending the completion of the O.C.M.E. autopsy report.