Another shooting incident on I-581 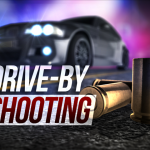 (from Roanoke City PD) On October 21 at approximately 2:00 pm, Roanoke Police were notified of a shooting that occurred on the Southbound I-581/Route 220 Corridor. Responding officers located a damaged vehicle with what appeared to be a bullet hole in the driver’s side door. No one was struck by gunfire. Officers determined that the victim’s vehicle attempted to merge onto I-581 Southbound at Orange Avenue when it encountered the suspect’s vehicle. The suspect was traveling Southbound on I-581. Neither driver altered their speed to safely merge, which caused the victim’s vehicle to collide with the guard rail. Both vehicles continued Southbound.

At some point, the driver of the suspect vehicle brandished a weapon and shot at the victim. A single bullet struck the victim’s vehicle. The suspect was determined to be Jaylan Holland, 19 of Roanoke. There is no indication that the individuals involved are known to one another. Warrants were obtained, and officers began searching for Mr. Holland. Later that night, the department’s Violent Suppression Team was able to locate and arrest Mr. Holland at a business in Salem. Jaylan Holland, 19 of Roanoke, was arrested and charged with shooting into an occupied vehicle. The investigation remains ongoing.

“This is an excellent example of what we have said numerous times and will continue to say,” Roanoke Police Chief Sam Roman stated. “If you choose to engage in violent behavior or criminal activity, we are going to do everything we can to ensure you are held accountable for your actions. This act of gun violence was inexcusable, and I am extremely thankful that no
one was seriously injured during this incident.”