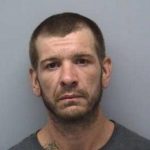 Another inmate has been found dead at the Roanoke City Jail. Aaron Michael Wheaton was found hanging in his cell yesterday morning around 7am. Attempts at resuscitation were unsuccessful. He had been booked into the jail on Sunday for trespassing and other charges. The Roanoke City Police Department and the Roanoke City Sheriff’s Office are conducting a joint investigation into the incident.

Inmate mental health is a top concern for the Roanoke City Jail, and is an issue we are continuing to monitor and address. Within the past six months there have been 14 attempted suicides in which staff intervened and responded, saving the life of the inmate. Additionally 212 inmates were placed on suicide watch as a precautionary measure based on their interaction with either medical staff or deputies During this time frame, there have been over 350 interactions between the medical staff and inmates on suicide watch.

Since 2015, The Roanoke City Jail has had 1,457 documented incidents regarding inmates being placed on suicide watch. In that same time period, there have been seven in custody deaths that  were attributed to suicide. None of these seven inmates were on suicide watch at the time of their suicide, as they did not meet the suicide watch protocol. In direct response to these deaths, several changes to policies and procedures have been made in order to better identify and accommodate the growing incarcerated population in need of mental health treatment.

Over the past 5 years, the Roanoke City Sheriff’s Office has invested over a quarter million dollars into surveillance upgrades for the Roanoke City Jail and Annex. These upgrades included adding additional cameras in both restrictive, therapeutic and other specialized housing. As of August 2019, approximately 60% of these individual cells have the ability to monitor inmate activity, with the goal of 100% within the next year