Analyst: Be certain Trump will work to turn FBI raid to his advantage 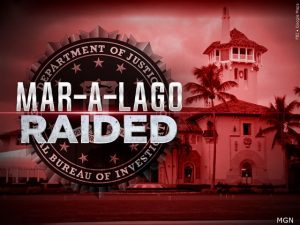 WFIR Political Analyst Bob Denton says whatever may follow Monday’s FBI search of Donald Trump’s Florida home, you can count on one thing for sure — the former president will make every effort to turn it to his full political advantage. Denton says if anything, the unprecedented law enforcement search of a former president’s residence is likely to to rally Trump supporters, but among Independents, recent polls were already showing Trump losing support. Denton says it is too early to know how the search, and the legal process that will now follow it, might impact this fall’s Congressional elections — let alone the coming presidential campaign of 2024. More from WFIR’s Evan Jones: