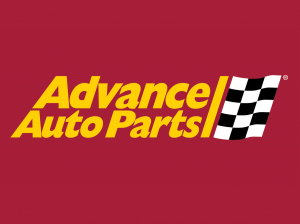 Advance Auto Parts is moving its headquarters Roanoke to Raleigh North Carolina. It’s not a major surprise: the company had placed many of its top executives in Raleigh after buying out competitor Carquest.  Advance says it will continue to employ about 600 people in Roanoke, the city where the company was founded almost 90 years ago. Before he became a minority owner of the Roanoke Rail Yard Dawgs, Chip Grubb spent 18 years working in Human Resources for Advance in Roanoke. He says more than a thousand employees worked for Advance Auto Parts while he was there.

RALEIGH, N.C. (AP) — Advance Auto Parts Inc. is moving its headquarters from the Virginia city that was its home for nearly 90 years to North Carolina’s tech-heavy capital city, the company announced Wednesday. The parts retailer plans to continue employing about 600 employees in Roanoke, Virginia, but the headquarters move and expansion in Raleigh were prompted by the relative ease in attracting computer-savvy talent as the company broadens its online presence, CEO Tom Greco said. “Talent availability is absolutely the No. 1 driver. You have to have access to software developers, software engineers,” Greco said. “We have a great talent pool here in Raleigh to do that type of work.”

The move adds about 435 jobs in Raleigh, most of them focused on data analytics, internet commerce and other computer technology roles. The jobs must pay an average of $96,000 a year and Advanced Auto Parts must maintain more than 700 positions already in North Carolina in return for an $11 million package of state and local incentives approved Wednesday. Advance Auto Parts had split corporate and support operations between Roanoke and Raleigh for four years after buying Raleigh-based General Parts International Inc. The majority of Advanced Auto’s top executives were already based in Raleigh, Greco said. North Carolina kept the combined company’s corporate operations in Raleigh in 2014 with more than $17 million in tax breaks.

Advance Auto Parts started as a variety-store chain in Roanoke in the 1930s and became a specialty auto parts chain in the 1970s under Nicholas Taubman, who succeeded his father as top executive.

Advance Auto Parts operates nearly 5,000 stores in the United States, Canada, Puerto Rico and the U.S. Virgin Islands. The company this month reported profits of $370 million over the first three quarters of the year, up 27 percent over last year.