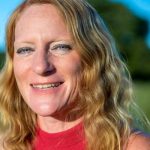 Potential 9th District Republican Congressional candidate Kimberly Lowe went to a Federal Court in Richmond today, requesting it give power to the Virginia Department of Elections to intercede “when a party commits fraud to prevent ballot access.” Lowe tells WFIR she has enough valid signatures to run against Morgan Griffith in the June primary. The Franklin County resident claims that Virginia code allows for the nominee to lose ballot access is fraud is proven – if true, that could make Kimberly Lowe the Republican party 9th District nominee in November. We have reached out to the district GOP party chair for comment; Adam Tolbert threw out more than 500 of Lowe’s signatures last week, meaning Lowe did not reach the 1000 signature minimum.