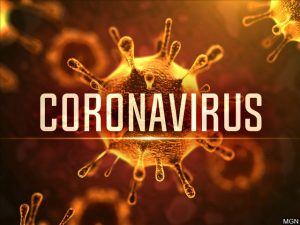 Amid fears in some quarters that Virginia may see a post-holiday surge in COVID-19 cases, a recent Roanoke College poll finds Virginians have sharply different views of the threat — and the government’s response — by political party. More from WFIR’s Evan Jones:

FROM ROANOKE COLLEGE: Overall, Virginians’ concern with the coronavirus is relatively steady since the May Roanoke College Poll, but confidence in the response of both the state and national governments is down, and any return to “normal” is still seen as far away. The Institute for Policy and Opinion Research interviewed 659 Virginia residents between Aug. 9 and Aug. 22 and has a margin of error of +3.8%.

Governmental responses to the virus

A plurality of Virginians (49%, down from 62% in May) think the response from the state government has been appropriate while a majority (58%, up from 46%) think the federal government’s response has not gone far enough. Some still think the measures have gone too far (10% for federal and 20% for state).

Regarding when the virus may be contained sufficiently for a return to “normal,” a plurality of respondents (42%) think that will be next year while 25% say it will be longer than a year. Both of those are increases from May. A large majority (84%) report wearing a mask when indoors in a public space.

Almost half (49%) of respondents think the news media coverage has made things seem worse than they really are. Less than one-third (28%) think the coverage has been accurate, while 10 percent think the media have made the situation appear better than it is (no change from May).

One-fifth (20%) of respondents report that they or someone in their household has been laid off due to the pandemic while 42% report losing income due to fewer hours at work and 22% say that they are struggling to pay their bills since the outbreak.

Political Polarization and the virus

Like most important issues today, COVID-19 is viewed through a partisan lens. Democrats are more concerned about contracting the virus, think they will become more ill if they catch the virus, and are more likely to think that both the state and federal governments are not doing enough to fight the virus. Democrats are also more concerned that they or a family member will contract the virus and that the federal government will not spend sufficiently to boost the economy. They think it will take longer for the nation to return to normal, and they are far more likely to think media coverage of COVID is accurate. (See table at conclusion of topline for partisan breakdown of some questions.)

More than half (52%) of Democrats report knowing a person who had the virus, while only 33% of Republicans say the same. The respondent’s relationship to the person infected does not vary by party. Democrats (94%) are more likely to report always wearing a mask indoors than are Republicans (69%).

“It is clear that Virginians still have a high level of concern with the novel coronavirus as not much has changed since May,” said Harry Wilson, director of the Roanoke College Poll. “‘Normal’ is viewed as perhaps even further in the future as more people report knowing someone who has contracted the virus.”

“The partisan differences regarding COVID are remarkable. Some of it may be explained by the differences in knowing a person who had the virus, but it appears to be more than that. It may also be related to Republicans’ deep distrust of the media, both in general and related to reporting on COVID.”

Interviewing for The Roanoke College Poll was conducted by The Institute for Policy and Opinion Research at Roanoke College in Salem, Va. between Aug. 9 and Aug. 22, 2020. A total of 659 Virginia residents were interviewed. Telephone interviews were conducted in English and Spanish.

The landline sample consisted of random-digit numbers generated in proportion to the Virginia population so that all residential telephone numbers, including unlisted numbers, had a known chance of inclusion. Cellphone samples were purchased from Marketing Systems Group. Cellphones comprised 59% of the completed interviews.

Questions answered by the entire sample of 659 respondents are subject to a sampling error of plus or minus approximately 3.8 percent at the 95 percent level of confidence. This means that in 95 out of 100 samples like the one used here, the results obtained should be no more than 3.8 percentage points above or below the figure that would be obtained by interviewing all Virginians who have a home telephone or a cell phone. Where the results of subgroups are reported, the sampling error is higher.

Quotas were used to ensure that different regions of the Commonwealth were proportionately represented. The data were statistically weighted for gender, race and age. Weighting was done to match the U.S. Census data for Virginia. The margin of error was not adjusted for design effects due to weighting.

A copy of the questionnaire and topline may be found on the August 2020 COVID-19 poll page.