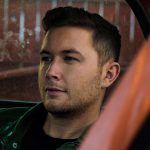 Country music’s Scotty McCreery is coming to Roanoke this summer, headlining the August 16 concert at Elmwood Park. McCreery has had several hits since winning American Idol in 2011. VIP ticket packages go on sale this Thursday; general admission tickets are available starting May 9th.

News release: Join us in Downtown Roanoke’s Elmwood Park as we present Scotty McCreery with Drake White and the Big Fire and Maggie Baugh at the 2019 Budweiser Summer Series!

ALL TICKET SALES ARE FINAL, NO REFUNDS

Scotty McCreery
In the last year, Scotty McCreery has earned back-to-back No. 1 hits with Five More Minutes and This is It, the first two singles from his current Seasons Change album. His third single, In Between, was recently released and is already moving up the country singles charts. McCreery co-wrote all 11 songs on Seasons Change, which was his fourth consecutive album to debut at No. 1 on a Billboard album chart. The ACM, BMI, CMT, and NSAI Award winner is also known for such hits as See You Tonight, Feelin It, The Trouble with Girls, Water Tower Town, and his No. 1 hit on the Carolina Beach Music Top 40 Chart, Barefootin. The North Carolina native married his high school sweetheart in June of 2018. Their wedding day was filmed for his This is It music video, which went to No. 1 on the CMT Hot 20 Countdown.

Drake White
Drake White is a passionate songwriter and recording artist named one of No Depressions 7 Male Artists to Breakout in 2018. He recently put together Drake White and The Big Fire Live (2018) and the celebrated five-track EP, Pieces (2018). This follows his debut album Spark (2016) which earned praise both critically and across his loyal fan following. The 2016 Taste of Country Fan Choice Awards Album of the Year is a 12-track labor-of-love showcasing his exemplary songwriting with a rock-infused, organic Country sound and signature foot-stomp.

The Budweiser Summer Series is sponsored by: Budweiser, WDBJ7, Q99, Star Country, Coca-Cola, and the City of Roanoke