Fairfax accuser says she has nothing to gain 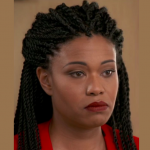 RICHMOND, Va. (AP) – The second of two women to accuse Virginia Lt. Gov. Justin Fairfax of sexual assault says she has nothing to gain by going public with her allegation. Meredith Watson said in an interview aired Tuesday with CBS that she’s been subjected to intense scrutiny since accusing Fairfax of raping her when both were students at Duke University in 2000. She said she’s faced particular criticism as a black woman because her accusations have tarred the reputation of Fairfax, who also is black. Fairfax says his encounters with both Watson and his initial accuser, Vanessa Tyson, were consensual, and he says a polygraph test proved it. Watson said Tuesday that Fairfax held her down during the attack and that “if you have to hold someone down, it’s not consensual.”