How he did it: Roanoke man gets Alexa to sing “Baby Shark” 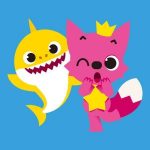 A Roanoke man has done it again. Randy Leftwich now has a second viral video to be viewed millions of times. It was just two months ago his video of Roanoke Police helping a rattlesnake cross the road also had millions of views. This time, Randy created a video of Alexa singing “Baby Shark”, and that one has been seen more than four million times. WFIR’s Evan Jones has the story:

Randy is no stranger to many WFIR listeners. He is “Coach Randy”, producer and sidekick for Greg Roberts Live.