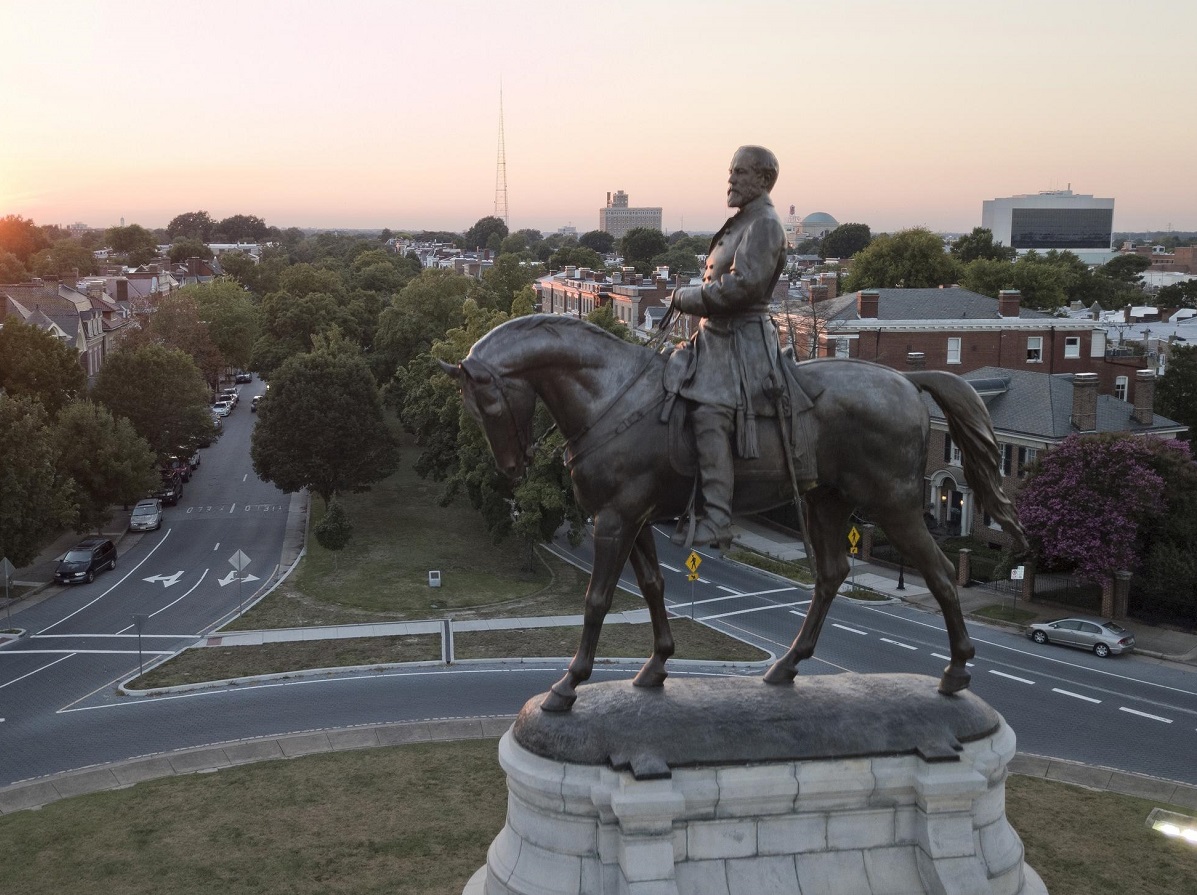 Police announced that an unlawful assembly had been declared at 10:25 p.m. Friday night after an officer was shot by a paintball, the department said in a news release Saturday morning.

Several other officers were subsequently shot by paintballs and struck by other hard objects, according to the department, which said one of those officers was treated at a hospital for a possible head injury or concussion.

Police said one officer deployed pepper spray, but no tear gas was used.

The conflict marked the fifth time this week authorities have declared an unlawful assembly in Richmond and ordered crowds of demonstrators to disperse, according to the Times-Dispatch.

The Lee monument has become a rallying point during weeks of sustained protests in the city over racial injustice and police brutality. State officials on Monday announced gatherings on the monument grounds were banned from sunset to sunrise.

Gov. Ralph Northam has announced plans to remove the Lee statue from the top of the towering pedestal, but a judge issued an injunction that for now prevents him from doing so while a lawsuit plays out.

Those arrested were all age 30 or younger, including one juvenile. All were from Richmond, according to police.