2nd Roanoke robbery in two days; police unsure if they are connected 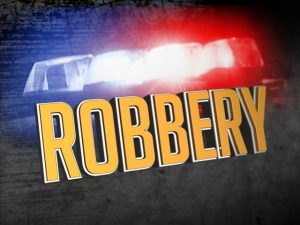 For the second time in two days, Roanoke City Police are investigating a business robbery, but they have not yet determined whether the two are related. Police have not released the name of either business, but in both cases, banks are among the few businesses that exist on the blocks cited in news releases. Yesterday, surveillance photos matched Google Maps street view photos of the Carter Bank & Trust branch on 9th Street SE. Police not have released any photo of today’s robbery on the 1200 block of Patterson Avenue SW, but the description of events is identical in both cases, and there is a Freedom First Credit Union branch on that block. In addition, police says they are looking to see if the two holdups are connected.

NEWS RELEASE: On February 12, 2021 at approximately 12:45 p.m., Roanoke Police were notified of a robbery from a business in the 1200 block of Patterson Avenue SW. Responding officers did not locate any suspects on scene. Preliminary investigation indicates a suspect entered the building, obtained an undisclosed amount of currency from an employee, then left the scene. At this point in the investigation, it is too early to determine if today’s incident is connected to the robbery that occurred yesterday afternoon. Updates will be provided as details become available. Anyone with information about this incident or individual is asked to call (540)344-8500 and share what you know. You can also text us at 274637; please begin the text with “RoanokePD” to ensure it’s properly sent. Both calls and texts can remain anonymous.