The Associated Press Broadcasters Association presented WFIR Radio two prestigious awards over the weekend. In competition open to all radio stations in Virginia’s and West Virginia’s largest cities, WFIR was received a “meritorious” award for Best Newscast, and it was named “Outstanding Sports Operation of the Virginias”. WFIR was honored for “The Roanoke Valley’s Morning News’, which received the highest award of any Virginia-based station. WFIR sports was honored for “Greg Roberts Live” along with the many football, basketball, NASCAR and other sports events the station carries. 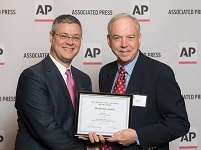 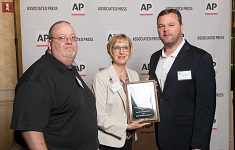