“We do have a suspect” in Heather Hodges disappearance 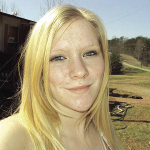 The Franklin County Sheriff’s Office says seven years after Heather Hodges disappeared, “we do have a suspect in the case”, but there is no arrest  yet. Investigators said as soon as two months after her disappearance that they had identified a “person of interest” in the case, but the word “suspect” has rarely, if ever, used been before. Hodges was last seen alive in April of 2012, spending time with her family before she was dropped off at the home she shared in Rocky Mount with her then-boyfriend; Paul Jordan reported her missing two days later. Hodges was never seen again, and her body has never been found. She left behind a two-year-old daughter.

News release: The Franklin County Sheriff’s Office was asked yesterday and last night by numerous media outlets about a comment in reference to the anniversary of the disappearance of Heather Hodges. Please know that we have been, and continue to, work diligently to solve the disappearance of Heather Hodges. We do have a suspect in the case and will continue to work to bring justice for the family. We are not ready to speak about the suspect yet, we are continuing to work to insure a conviction in the case.