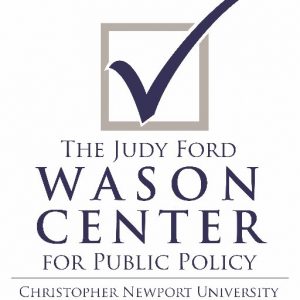 A new poll from the Wason Center for Public Policy Research at Christopher Newport University finds voters support part of the Democratic agenda in the General Assembly. The poll released today found 86% of those polled support universal background checks and 80% of voters are behind the passage of the Equal Rights Amendment. It also found 51% of voters are opposed to giving localities the authority to remove or alter Confederate monuments.

The strong support shown for tighter gun law measures comes even as large crowds successfully urge scores of local governments in Virginia to adopt “2nd Amendment Sanctuary” resolutions. The question now is to what impact, if any, this will have this winter in Richmond. More from WFIR’s Evan Jones.

FROM WASON CENTER :The new Democratic majority in the Virginia General Assembly has strong support among voters for key parts of its agenda, including enacting more gun restrictions, passing the Equal Rights Amendment, increasing the minimum wage and decriminalizing marijuana possession, according to a new poll by the Wason Center for Public Policy at Christopher Newport University. Voters also support passage of the state constitutional amendment to create a redistricting commission, reforming the system that allows legislators to drawn their own districts. But voters don’t want the legislature to give local governments authority to decide whether to remove or alter Confederate monuments.

The 2020 General Assembly session opens Jan. 8. For the first time in a generation, Democrats will be in full control, with majorities in the House of Delegates and the state Senate and a Democratic governor.

A copy of the survey is attached. Here are the highlights:

The Wason Center conducted 901 interviews of registered Virginia voters, November 11-22, 2019. The margin of error for the survey is +/- 3.4 %. Dr. Kidd is available for interviews.