Warner: Russia still effective in dividing US on line 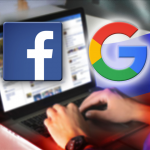 Virginia Senator Mark Warner is playing a prominent role in Congressional efforts to address and combat foreign governments’ use of social media to impact our country’s political process. Warner is the senior Democrat on the Senate Intelligence Committee, where leaders from both parties agree Russia was worked actively — and at times effectively — to provoke social conflict.

The committee hosted social media experts today. Next month, senior executives from Facebook, Twitter and Google are expected to testify.