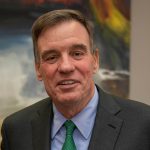 On the national security threats facing our country: “The stunning thing to me is, here we are 20 years later and the attack on the symbol of our democracy is not coming from terrorists but it came from literally insurgents attacking the Capitol on January 6th. So, I believe we are stronger. I believe our Intelligence Community has performed remarkably. I think the threat of terror has diminished, but I still think we have new challenges in terms of nation and state challenges, Russia and longer term a technology competition with China.

On the Intelligence Committee request for a damage assessment of the classified documents potentially mishandled by former President Trump: “The vice chairman and I have asked for a briefing of the damages that could have arisen from mishandling of this information. And I believe it’s our congressional duty to have that oversight. Remember, what’s at stake here is the fact that if some of these documents involved human intelligence, and that information got out, people will die.  If there’s intelligence that has been shared with us by allies and that is mishandled, all of that could be in jeopardy.”