Virginia taxpayers pick up bill for guests in Redskins suite 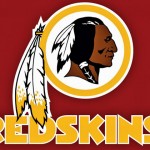 RICHMOND, Va. (AP) _ Virginia taxpayers are having to pick up a $2,435 food and drink tab for a luxury box at last month’s Washington Redskins playoff game, despite a majority of the suite’s unidentified guests attending with no official public purpose. Citing an invoice that divided the tab between the Virginia Economic Development Partnership and the office of Secretary of Commerce and Trade Maurice A. Jones, the Richmond Times-Dispatch reports that just four of the 15 attendees in the box for the Jan. 10 game represented businesses considering expansion in Virginia. The bill for food, beer and other drinks totaled $162.35 per person. Brian Coy, a spokesman for Virginia Gov. Terry McAuliffe said Wednesday that the food and drinks were pre-ordered by officials who were expecting a larger crowd of business prospects.