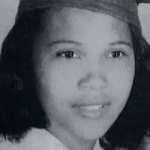 Virginia is now honoring a civil rights hero whose school walkout she led in 1951 later became part of the landmark Supreme Court decision outlawing school segregation. Barbara Johns was 16 when she helped lead a strike protesting the very unequal conditions among schools in Prince William County — and did so in the face of threats to her life. Yesterday, and for the first time, Virginia officially honored Barbara Johns. WFIR’s Evan Jones has more: