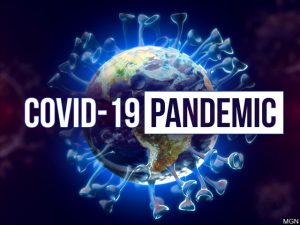 RICHMOND, Va. (AP) — Virginia health officials on Saturday reported the state’s first death from the coronavirus, a man in his 70s who died of respiratory failure after acquiring the virus through an unknown source.

In a news release, the Virginia Department of Health and the Peninsula Health District reported the death of the man, who had been hospitalized.

“On behalf of the entire Commonwealth, we express our deepest sympathy for the family and loved ones of the patient who died, as well as the families of everyone who has been affected by this outbreak,” said State Health Commissioner M. Norman Oliver.

In a statement, U.S. Rep. Rob Wittman said the death occurred in James City County. Health officials said they are reaching out to all identified contacts of people who have tested positive for coronavirus and giving them instructions on how to protect themselves and others.

Gov. Ralph Northam said he was “deeply saddened” to learn that a Virginia resident has died from the virus.

Virginia has reported 41 people have tested positive for the virus so far. Northam has declared a state of emergency, closed K-12 schools across the state for the next two weeks, restricted visitors at nursing homes and correctional facilities, and canceled large events.

“This is a public health crisis—we must all treat it as such,” Northam said in a news release.

He urged residents to avoid large gatherings, work at home if possible, and stay home if they are sick.