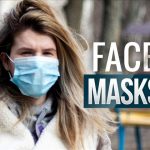 Youngkin and Republican Attorney General Jason Miyares are battling in court on multiple fronts to defend the executive order. But the ruling is far from definitive. In a footnote, the justices say they offer “no opinion on the legality of EO 2,” the executive order that seeks to undo mask mandates, which are aimed at preventing the spread of the coronavirus.

The Supreme Court ruling dismisses the petition — submitted by a group of parents in Chesapeake — that sought an unconventional form of relief called a writ of mandamus. The court ruled that writs of mandamus are reserved for extraordinary circumstances, which it said don’t exist in this case.

Miyares said the state has “better risk mitigation strategies and vaccines, and we know much more about the efficacy of requiring children to wear masks all day ” two years into the pandemic, Miyares said in a statement.

But Kevin Martingayle, a lawyer who filed the petition on behalf of the Chesapeake parents, said the ruling is only a procedural defeat, and noted language in the court’s opinion suggesting that local school boards have “a degree of discretion” under state law on whether to impose mandates.

“This is far from over,” Martingayle said in a statement.

The ruling comes three days after an Arlington county judge issued a temporary injunction barring enforcement of Youngkin’s executive order while the case proceeds. In that case, the judge ruled preliminarily that Youngkin does not have the authority given to local school boards under state law to decide what steps are necessary and practicable in keeping students and staff safe during in-person learning.

A third lawsuit is being heard in Loudoun County, where parents opposed to the mask mandate are suing the local school board for refusing to enact Youngkin’s executive order.

The Loudoun school board has asked the judge to delay hearing the case, saying that the legal issues are nearly identical to those in the Arlington case. The school board’s lawyers argue it makes more sense to let that case make its way through the appeals process rather than having two cases on parallel tracks.

The judge scheduled a hearing for next week on whether to delay the case.

Youngkin issued the order on his first day in office last month. Since then, some school boards have eliminated mask mandates that were required under the previous administration, while others have defied his order, arguing it usurps local authority and dismantles a policy that has worked well in reducing transmission of the coronavirus.