UPDATE: Michael Brown was hiding in attic when caught 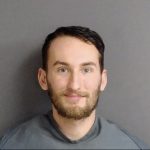 The Franklin County Sheriff’s Office says murder suspect Michael Brown was hiding in the attic of his mother’s home when he was taken into custody on Monday of last week. Officials say new information led to a new search of the residence, and as officers prepared to enter the attic, Brown crawled out and was apprehended without incident. Officials say Brown never contacted law enforcement to turn himself in.