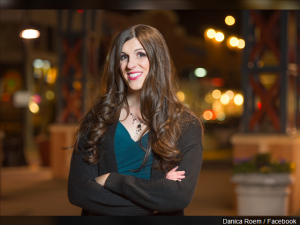 One Virginia delegate speaking in favor of the Equal Rights Amendment Wednesday has a background unlikely any other Virginia lawmaker — or for that matter, like any state legislator in the country. The speech was anything but common either, as WFIR’s Evan Jones reports:

Here is a portion of floor Roem’s speech in the House of Delegates:

Delegate Danica Roem represents a northern Virginia district with a background that includes singing in a heavy metal band, newspaper reporting and being the the first openly transgender person so serve in the General Assembly — or any state legislature. Roem used that part of her background in voicing her support for the Equal Rights Amendment; she says the ERA will protect rights of transgenders. Opponents say it opens the door to many consequences not intended or foreseen when the amendment was passed in 1972. Wherever you stand, Roem’s speech had no precedent in the House of Delegates.