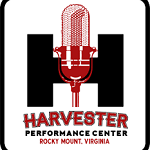 ROCKY MOUNT, Virginia — After bringing some 1,000 shows to Harvester Performance Center, General Manager Gary Jackson will retire from his post at the venue in February. Jackson was named Harvester general manager in 2013, nearly a year before the venue’s opening in 2014. He was charged with developing a venue that would host high-quality acts and attract music lovers from across Southwest Virginia and beyond.

Town leaders chose Jackson for his history of success developing venues and his deep contacts within the music industry. He immediately set a high bar for performances, booking headliners including the Indigo Girls and Marty Stuart in the Harvester’s first season. Since then, Jackson has continued to bring legends such as Willie Nelson, Merle Haggard, Kenny G, and Ricky Skaggs to the Harvester stage. Guests from more than three dozen states have traveled to Rocky Mount to catch their favorite artists, expanding the town’s identity as a cultural destination.

When COVID-19 shuttered venues worldwide, Jackson responded by moving the music outside. Under the Harvester Outdoors banner, Jackson held a number of shows at the Rocky Mount Farmers Market and The Coves at Smith Mountain Lake.

“Gary Jackson did amazing things for Rocky Mount,” said Mayor Steven Angle. “He helped establish the Harvester Performance Center as a world-class music venue, then shared that reputation within the music industry and brought in well-known acts for people to enjoy. This brought thousands of people to Rocky Mount. In doing so the Harvester became, and is, an important economic development investment for the town that benefits our businesses. Rocky Mount is very grateful and thanks Gary Jackson for all his hard work and dedication. He will be missed. We wish him well in his retirement.”

Jackson credits the whole Harvester team and the involvement of the community for the venue’s accomplishments. He also thanked the Rocky Mount Town Council. “I’m grateful to the mayor and the council for their support of me and the vision of the Harvester,” Jackson said. Jackson’s retirement is effective Feb. 5. The town will announce plans for the Harvester’s management in the coming weeks.