The Latest: Video of Eisenhauer interview with deputy shown to jury 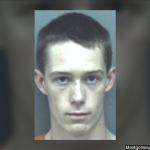 CHRISTIANSBURG, Va. (AP) _ Jurors in the trial of a former Virginia Tech student charged with killing a 13-year-old girl have watched video of an
interview in which he asks a sheriff’s deputy if he believes there’s enough evidence to convict him. David Eisenhauer is charged in the death of Nicole Lovell of Blacksburg. On Wednesday, jurors watched video of the interview on Jan. 27, 2016. Prosecutors say that’s the day Nicole disappeared after climbing out her window to meet up with Eisenhauer. Eisenhauer’s lawyer has told the jury that his alleged accomplice, Natalie Keepers, could have killed Lovell. The defense wants to call Keepers as a witness, but her lawyers oppose that. The Roanoke Times reports the judge said Wednesday he won’t make a ruling until Eisenhauer’s lawyers call her to testify.