State Senator Amanda Chase on her run for Governor 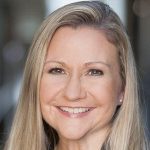 The Republican statewide convention to choose the party’s nomination for the Governor’s race this November takes place on May 8. GOP State Senator Amanda Chase – who has made a name for herself at the national level – is considered one of the front runners. As part of our candidate series, she spoke recently with WFIR’s Gene Marrano- and here is a “Longer Listen”: