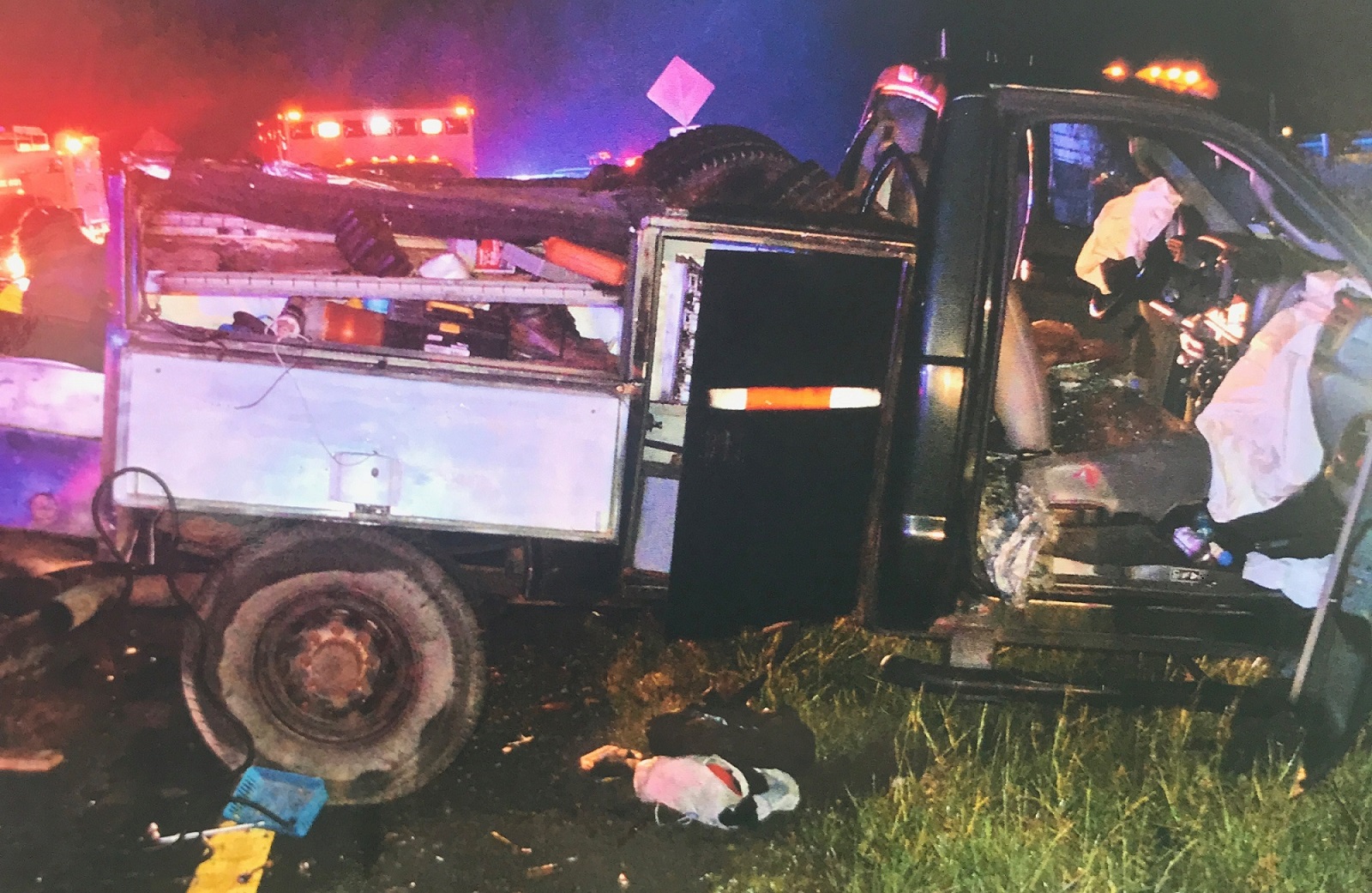 From Virginia Station Police: As the investigation into a fatal traffic crash that occurred May 3, 2019 at the Russell/Washington Countyline, the Virginia State Police is seeking the public’s assistance concerning the wrong-way driver involved in it. Anyone who may recall seeing a dark-colored 2003 Ford F-350 flatbed work truck with flashing amber lights on the cab (pictured at left)  traveling the wrong way on Route 19 on the night of May 3, 2019, is encouraged to please contact VSP at 276-880-4238 or contact the investigating Special Agent by email at seth.sutherland@vsp.virginia.gov.The crash occurred Friday (May 3) at approximately 11:45 p.m. on Route 19 just inside Russell County at the Washington County line.
Shortly before 11:45 p.m., the Russell County Sheriff’s Office received a 911 call about a wrong-way driver on Route 19. The sheriff’s office immediately broadcast it to their deputies, the Washington County Sheriff’s Office and Virginia State Police. Moments later, a 2003 Ford F350 flatbed pickup traveling south in the northbound lanes of Route 19 crested a hill and struck head-on a 2016 Nissan Rogue. There was dense fog at that location at the time of the crash.
There was a driver and three passengers in the Nissan Rogue. All four were from Rural Hall, N.C. and were wearing seat belts. The driver, Brian Barnes, 46, was treated and released for minor injuries. A 13-year-old female passenger was flown to a hospital in Wake Forest for treatment of life-threatening injuries. The Nissan’s remaining two passengers did not survive the crash. Candace R. Barnes, 47, died at the scene. Brenda Fields, 66, was transported to Johnston Memorial Hospital, where she succumbed to her injuries early Saturday morning (May 4).
The driver of the Ford, Treymane M. Ferguson, 51, of Ruther Glen, Va., was treated and released for minor injuries. He was wearing a seat belt. Ferguson is being held without bond on a charge of reckless driving and a charge of obstruction of justice, for refusing a warrant for a blood sample to be taken as part of the ongoing investigation.