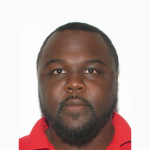 State Police are looking for a convicted sex offender who is known to spend time in the Roanoke region. Police say 29-year-old Domonique Brown is wanted for failing to re-register as a sex offender in Buckingham County between Lynchburg and Richmond. His last known job was working as a truck driver in Roanoke.

News release: The Virginia State Police Sex Offender Investigative Unit is seeking the public’s help with locating a convicted sex offender who is known to frequent the Richmond and Roanoke regions, and is wanted for failing to re-register as a sex offender in Buckingham County. Domonique Michael Jerome Brown, 29, is a black male with brown hair and brown eyes. He is 5’10” in height and weighs approximately 260 lbs.Brown is a commercially-licensed truck driver and was last known to work for a trucking company in Roanoke. He has previously lived on Guilder Lane in Richmond’s Southside. In October of 2018, Brown registered a home address in the Arvonia area of Buckingham County, but state police determined he never established residency at that location.Brown was last registered with the Virginia State Police in May of 2014 and is currently wanted in Buckingham County for failing to re-register as a sex offender.Anyone with information about Brown’s whereabouts is encouraged to contact state police by using the “Tips” link located under the offender’s picture on the Virginia State Police Sex Offender Registry search page located at https://sex-offender.vsp.virginia.gov/sor/.