Senator Kaine weighs in on health care vote with WFIR 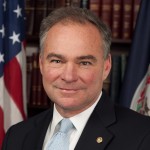 US Senator Tim Kaine spoke with WFIR early this morning about today’s scheduled vote in the House on a health care bill. Kaine also weighed in on President Trump’s assertion that he was wiretapped, and a revelation yesterday that members of the Trump transition team were recorded  legally on surveillance calls when they spoke to foreign officials. (Hear Senator Kaine’s complete conversation with WFIR’s Gene Marrano below)