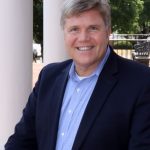 After 30 years of service to the children and citizens in the City of Salem, School Division Superintendent, Dr. Alan Seibert, is retiring, effective September 30. Seibert’s retirement request was accepted by the School Board at its monthly meeting on Tuesday night. “It would be impossible to appropriately thank all of the people who made my 30-year career in Salem City Schools possible,” says Seibert. “This community embraced a transplanted Yankee from New Jersey, nurtured him and gave him opportunities to lead in both the classroom and in administration. My family and I are eternally grateful for the trust that was placed in me for three decades.” Seibert began his Salem journey as a college student in 1990 when he spent time at Salem High School as a student teacher. His first administrative role in 1996 came when he was named an assistant principal at Andrew Lewis Middle School.