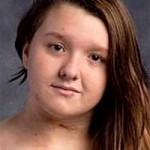 BLACKSBURG, Va. (AP) _ Search warrants in the death of a 13-year-old girl who police say was slain by a Virginia Tech student have been sealed by a judge as the investigation continues. The Roanoke Times reports documents that may contain key details of the prosecution’s evidence against the two individuals charged in Nicole Lovell’s death were sealed Feb. 1. Eighteen-year-old David Eisenhauer is charged with abduction and first-degree murder in the death of Lovell, who vanished Jan. 27. Another Virginia Tech student, 19-year-old Natalie Keepers, is charged with accessory before and after the fact and with illegally dumping Nicole’s body just across the state line in North Carolina. Authorities say Nicole was stabbed. Montgomery County prosecutor Mary Pettitt says she will continue to consider whether evidence could warrant a capital murder charge.