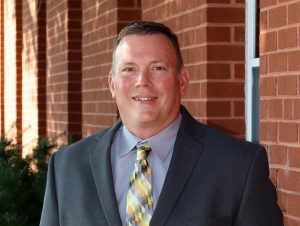 NEWS RELEASE: Rob Light has been named Assistant City Manager for the City of Salem, effective September 21. Salem City Council members met at the Salem Civic Center on Monday night and emerged from their closed session discussions to announce that Light had been selected from a pool of 39 candidates. “I appreciate Council having faith in my abilities and I am honored by my appointment as Assistant City Manager for the City of Salem,” says Light. “I look forward to serving the citizens and business community both directly and through collaborations with our employees.” The 1989 Salem High School graduate returns to Salem with a wealth of experience in both local government and the private business sector. After graduating from the College of William and Mary in 1993, Light filled a number managerial and leadership roles for Double Envelope in Roanoke and Louisville, Kentucky and with Church Hill Homes in Charlottesville. “I have always enjoyed the process of working through projects with different stakeholders and effectively engaging them to reach goals,” he says. In 2008, Light returned to the valley, left the business world,and began his career in public service for Roanoke County. Light was the county’s Purchasing Manager from 2008-2014 and later moved to General Services where he has operated as that department’s Director since 2015. His many responsibilities include overseeing capital projects and budgets and since March he has led the county’s logistical operations, related to the COVID-19 pandemic. “Salem is very pleased that so many highly-qualified applicants were interested in the position,” says Salem Mayor Renee Turk. “We had a very strong pool of candidates, but Mr. Light’s experiences in Roanoke County set him apart. His strategic and forward thinking are what we need to move Salem forward.” Light’s Bachelor of Arts degree from William and Mary is in Government and while in Williamsburg he also starred as an offensive lineman for the Tribe from 1989-1993. At Salem High School, Light played under Head Coach Willis White and his position coach on the offensive line was Billy Miles. During his senior year, he was named one of the Commonwealth’s 25 top college prospects .“The life lessons learned in sports have allowed me to feel comfortable communicating and working with staff throughout an organization,” he says. “I recognize the important role that every employee plays in creating and maintaining a successful team.” Light and his wife, Cielita, have two teenage children.