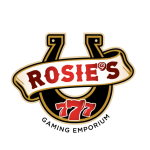 Rosie’s Gaming Emporium has big expansion plans in Vinton, as presented to Town Council Tuesday night. Rosie’s plans to almost double the size of their current facility just off Hardy Road – and will increase the number of gaming machines from 150 to 500. A three and a half story parking garage with elevators is planned, along with a stage for live entertainment and a new circular bar. Construction is expected to start in January.

Ernie Dellaverson is the general manager:

Other Vinton news: Vinton Town Council on Tuesday also granted a real estate option to Farmburguesa, which will expand into another building on South Pollard Street that will also allow for exterior seating. New York Pizza will also seek a special use permit to operate an indoor amusement arcade next to its restaurant on Hardy Road.