Rolling for Reform through downtown Roanoke streets on Sunday 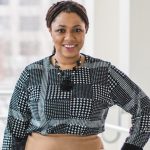 President Trump has called Black Lives Matter a “treasonous” organization in recent days but the co-organizer of what she calls a “Peaceful Protest” on Sunday at Elmwood Park – Kiesha Preston – says that isn’t true. She says its about calling for police department reforms. Preston – also a Roanoke City Council candidate – says police officials she talks to agree they are overburdened with responsibilities better handled by other agencies. “Rolling for Reform” on Sunday will be a rally and downtown march beginning at 2-pm; Preston is encouraging protestors to participate on skates, bikes, skateboards or scooters. She describes the event as focused on  wanting to sustain the momentum for solidarity with black lives and police department reforms. At the same start time on Sunday – and unrelated to Rolling for Reform – a street mural with the words “End Racism” will be painted in the 200 block on Campbell Avenue.