Roanoke Robocallers to pay $300,000 back to consumers 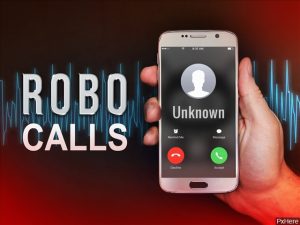 Attorney General Mark R. Herring has reached a settlement with two Roanoke-based telemarketing companies, and Roanoke resident Bryant Cass, for illegal robocalling and deceptive sales practices. Attorney General Herring filed suit against the two companies and Cass last summer, alleging that they made hundreds of thousands of unsolicited robocalls nationwide pitching car selling services to people who listed cars for sale on Craigslist, Autotrader.com, or similar sites. As part of the settlement agreement, Cass will pay $300,000 in restitution that will go back to consumers who were affected by his telemarketing, sales or refund practices. Additionally, Cass has been banned from engaging or participating in telephone solicitations for five years and has been permanently banned from illegal telemarketing and robocalling. The companies have ceased operations and are no longer in business.

“I’m really pleased my team and I were able to shut down this illegal robocall operation and help consumers get their money back from this scheme,” said Attorney General Herring. “Unfortunately, robocalls continue to be an everyday occurrence for most Virginians, and many times they can not only be annoying but dangerous, potentially scamming people out of hundreds or thousands of dollars. I will continue to do everything I can to protect Virginia consumers and find ways to stop illegal robocallers, especially those operating in Virginia.”