Roanoke police have released surveillance pictures of a suspect in vehicle vandalism over the weekend. Thirty-two vehicles in three neighborhoods suffered damage, mostly from smashed windows and slashed tires. Police admit the picture of the suspect doesn’t show much, but they say someone who knows the suspect might recognize him. 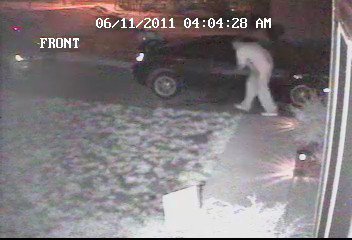