Roanoke Mayoral candidate will sleep outside with the homeless tonight 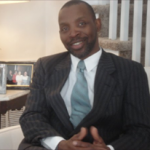 Martin Jeffrey, a write-in candidate for Roanoke City Mayor, will join others, including some homeless Roanokers to sleep outside tonight – raining or not – in the 100 block of Church Avenue downtown. Jeffrey says the event is meant to highlight the city’s homeless crisis as winter approaches. He also says Roanoke HAS the resources to solve the homeless problem. According to Jeffrey, more than 400 of the city’s homeless citizens are children and he says Roanoke’s Homeless Assistance Team – HAT – needs more funding to help lower that number.