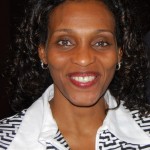 A volunteer-led effort called Roanoke Hidden Histories has raised almost 100-thousand dollars so far of the 160-thousand needed to produce a documentary on African American History in Roanoke – including some of its more painful and troubling aspects – and create a sculpture honoring Henrietta Lacks . The “Hidden in Plain Sight” news conference today was held outside the Berglund Center complex – once home to a thriving African American neighborhood before it was demolished and residents were relocated. The Harrison Museum of African American Culture at Center in the Square is helping to fund raise for the multi-phase project. A virtual reality education tool will also emphasize that “hidden history,” says Roanoke City Council member Trish White-Boyd: