A Roanoke grand jury has indicted Roanoke City Councilman Robert Jeffrey, Jr. on two counts of felony embezzlement. Commonwealth’s Attorney Don Caldwell says the investigation began with a complaint from the Northwest Neighborhood Environmental Organization — and the amount involved is “substantially above” the $1,000 felony threshold. The alleged embezzlement covers the period from May of last year through this past April. Here is the full news release from Commonwealth’s Attorney Don Caldwell: 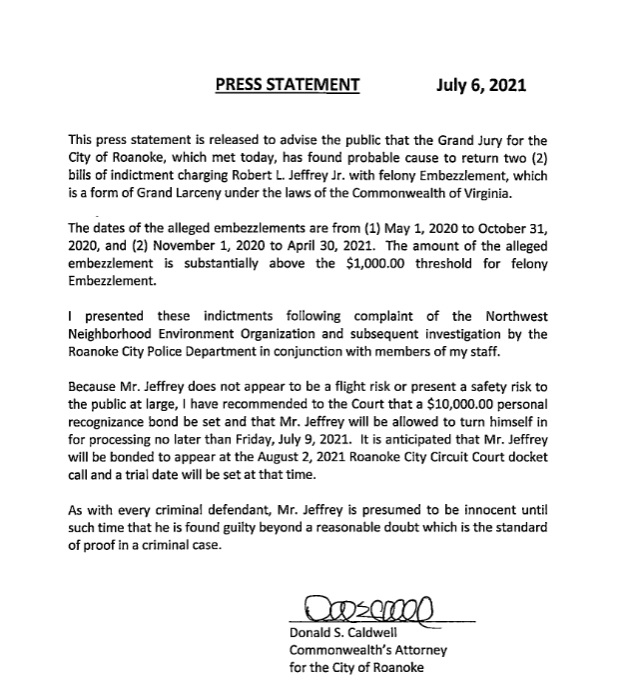