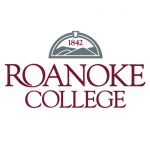 SALEM, Va. (AP) — A Roanoke College alumnus is donating $15 million to the Virginia school — its largest-ever cash donation. The gift from Massachusetts-based cybersecurity expert Shaun McConnon will go toward a new science center, the college said in a news release Friday. Every student takes at least three classes from the programs that will be housed in the center, according to the release. A third of all courses on campus will be taught there.

The 150,000-square-foot project will combine new construction and renovation of existing spaces. Its features — including a 140-seat auditorium, 35 research labs and 12 classrooms — will increase the square footage of classroom and study space by 300%.

The total cost and timeline for the center are currently unknown. The school has received $35 million for it, including McConnon’s donation. The 1966 graduate majored in biology with a minor in chemistry and was on the track team. He has served on the school’s board of trustees and said he previously gave the school $1.7 million. McConnon worked at Honeywell and Data General and Sun Microsystems before creating and selling high-tech security companies.