Two 1857 letters from Patrick County native and Civil War cavalry legend J.E.B Stuart go up for auction Tuesday in New York state. Bob Snyder, V.P. of Cohasco, Incorporated of Yonkers, NY says the letters were written in 1857 when Stuart was a lieutenant in the U.S. Army seeking a promotion. Stuart praises himself as “a gentleman of the finest moral deportment” and “a most attentive and industrious officer.” Stuart was mortally wounded in battle at the age of 31, and Snyder says letters with his signature are very rare. He estimates the value of the two letters at $38,000 to $48,000.

More information on the auction 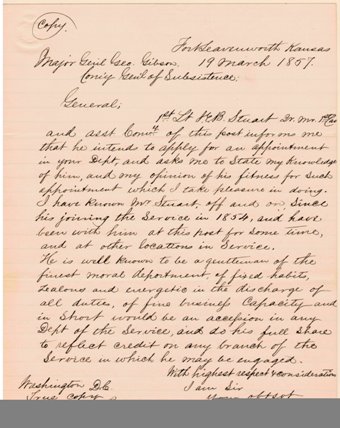