President Trump has been busy on Twitter this morning sending out 18 tweets within an hour. Almost every tweet is a talking point in all capital letters ending with “Vote!” but one tweet does take aim at Virginia. Trump says in part your governor wants to take away your second amendment and goes on to say “I am the only thing between you and your second amendment.” The governor of Virginia does not have the power to change the U.S. Constitution. See the full tweet below. 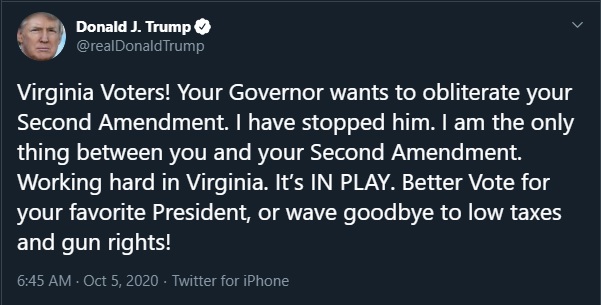