Poll director: too many polls here and nationwide got it wrong 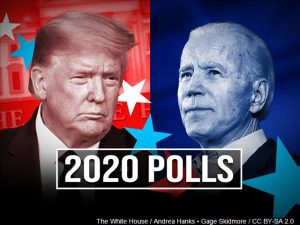 The Director of Polling at Roanoke College says after two presidential election years of polls that were consistently well off the actual vote, his colleagues have a big task in determining how to poll more accurately. Professor Harry Wilson says there is one thing he can say without reservation: pollsters do not attempt to slant their product to favor any particular candidate. More from WFIR’s Evan Jones: