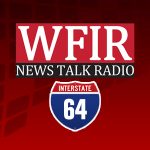 STATE POLICE NEWS RELEASE: ROCKBRIDGE CO., Va. – Virginia State Police Trooper N. Harris is investigating a single vehicle crash which resulted in a fatality.  The crash occurred Monday (May 20) at 5:30 p.m. on Interstate 64, 2.7 miles west of Sycamore Road in Rockbridge County. A 2016 Freightliner tractor trailer was traveling east on Interstate 64, when the vehicle had a tire blow out.  The tractor trailer ran off the left side of the roadway, struck an embankment, crossed the eastbound lanes and struck the guardrail on the right side of the roadway.

The driver of the tractor trailer was identified as Bruce Allen Harmon, 56, of Redhouse, Wv.  Mr. Harmon was wearing his seatbelt and died at the scene. The crash remains under investigation.