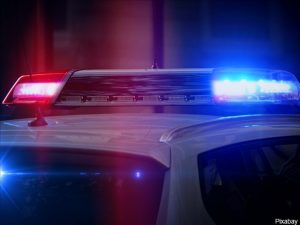 HOPEWELL, Va. (AP) — Police in Virginia are investigating the shooting death of an 8-year-old girl in the city of Hopewell.

WRIC reports that the shooting occurred Friday afternoon. Witnesses told police that a light-colored sedan with tinted windows was seen driving through the area at the time.

A.J. Starke, Hopewell’s police chief, told the station that the girl was playing in a front yard when the vehicle slowed down and fired a single shot.

“Somebody knows who fired that shot,” Starke said. “Someone knows who was in that silver-colored vehicle that came down Freeman Street.”

Brionna Taylor, the girl’s mother, told the station that she feels heartbroken and numb.

“It’s killing me to have energy in my legs to stand up and now I’m going home to five kids and not six,” she said. “Somebody has got to have a heart and turn themselves in! Just have a heart!”