From The Bedford County Sheriff’s Office: The Bedford County Sheriff’s Office is investigating a scam in which the suspect offered to purchase the victim’s advertised pet care services.  The victim was sent a MoneyGram in the amount of $1740.  The victim was advised to keep $350 for herself and then wire the rest of the money to another account.  That routing number was for the Forest Wal-Mart and the recipient was listed as Joseph Williams.  The adult black male suspect who collected the money at the Wal-Mart can be seen in the attached surveillance photos.  When he picked up the money, he used a fake New York driver’s license with the name William Joseph. The bank advised the victim that the original MoneyGram was not valid. 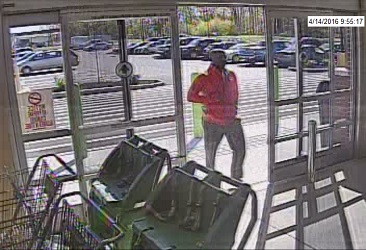 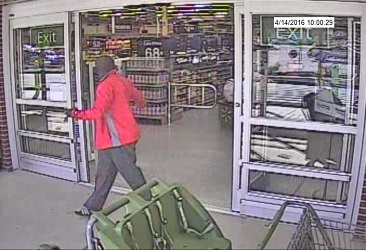 Anyone who can identify the suspect in this incident is asked to contact Investigator R. Scott Arney with the Bedford County Sheriff’s Office at 540-586-4800 ext. 4063, or call Crime Stoppers at 1-888-798-5900. Visit the Central Virginia Crime Stoppers website at www.cvcrimestoppers.org to enter a web tip, or text “CVCS” plus your message to 274637.