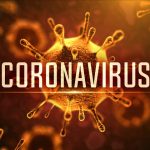 ALEXANDRIA, Va. (AP) — Officials in Alexandria are warning patrons at one of the city’s most popular bars about exposure to the coronavirus. The Alexandria Health Department says a person who spent extensive time at Murphy’s Grand Irish Pub has tested positive for the virus. The city is asking people who were at the bar at the same time as the individual to self-quarantine and contact the city for further guidance.

Murphy’s said on its Facebook page that it will be closed through Sunday and will be deep cleaned and sanitized. A call to the pub went unanswered Thursday morning.

The exposure times occurred before Virginia Gov. Ralph Northam’s March 17 order requiring restaurants and bars to adhere to a limit of 10 customers.

Since then, Alexandria has seen good compliance with the new restrictions, said Craig Fifer, the city’s spokesman. Only one restaurant had its operating permit suspended for a day after being found in violation shortly after the restrictions took effect. City officials have investigated six other complaints since March 17 and found all of those establishments were in compliance.