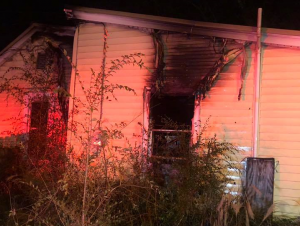 One person is hospitalized with injuries described as serious from an overnight house fire in southeast Roanoke. Firefighters were called out around 2:20 am to the home along the 700-block of Elm Avenue. Damage is estimated at $40,000, and the cause is not yet determined.

From Roanoke Fire-EMS: At approximately 2:20am, firefighters responded to the 700 block of Elm Ave. SE for a house fire. Firefighters rescued 1 resident from the fire and transported them to the hospital with serious injuries. The condition of the resident is unknown. Damage estimates are approximately $40,000. The cause is under investigation.