Officer, man he shot in Rocky Mount not yet identified 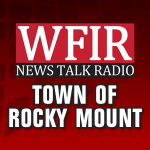 ROCKY MOUNT, Va. (AP) – A Rocky Mount police officer shot and wounded a man while serving an emergency custody order. So far, neither person involved has been identified. State police say the officer found the man at a shopping plaza after a magistrate issued the order. They said as the officer approached, the man assaulted the officer. The fight ended when the officer shot and wounded the man. Police said the man was taken to Carilion Roanoke Memorial Hospital for treatment of a non-life threatening injury after the shooting late Saturday night. The officer also was treated for injuries in the assault and was released for the same hospital. Police said the officer has been placed on paid administrative leave while Virginia State Police investigate the shooting. Neither the man nor the officer was identified by state police.