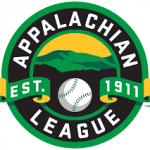 The Appalachian League will undergo a major change next summer with the shrinking of major league baseball’s minor league system. Instead of being an affiliated Single-A circuit, the “Appy League” will feature top rising college freshmen and sophomores in wood-bat play each summer, as part of a “Prospect Development Pipeline,” involving Major League Baseball. It will also mean name changes for the Pulaski Yankees and the Danville Braves.